The Torrens is a spaceship featured in Alien: Isolation.

The Torrens, registration number MSV-7760, is an M-class commercial star freighter owned and operated by Diane Verlaine. Its contracted mission during Alien: Isolation is to courier the Weyland-Yutani retrieval team to and from Sevastopol Station so that they can recover the flight recorder salvaged from the USCSS Nostromo.

The ship is replete with common features of the M-class ship, including two decks, a long-haul hyper-sleep chamber, an interstellar communications antenna, and a high-powered, high-tensile strength tow cable.

Christopher Samuels notes that the ship is well-maintained; Captain Verlaine explains that she purchased and refit the ship personally over a period of three years, paying the expenses off through other contracts.

The crew of The Torrens was:

At the commencement of the game, the Torrens also bore a complement of three passengers: Christopher Samuels, Amanda Ripley and Nina Taylor. 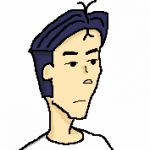