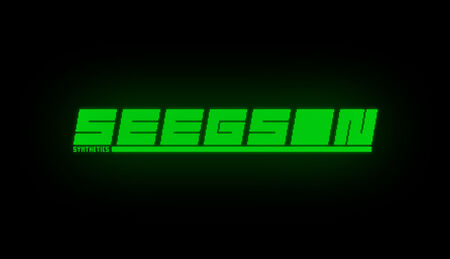 In the world of Alien: Isolation, corporations dominate every day life, with foodstuffs, housing, technology, and more coming directly from their efforts. Seegson Corporation is one such corporation.

The Seegson Corporation is a European conglomerate manufacturer. Considered a second-tier corporation in the hierarchy of business entities, Seegson has nonetheless managed to remain semi-privately held and separate from its megalithic rivals.

Seegson made its name during the years following the discovery of Faster Than Light travel in 2034, when it began producing starship components more cheaply than FTL proprietor Weyland Corporation. Seegson's internal communiqués paint the company as an innovator, able to find different, cheaper ways to provide the products and services its larger competitors charge more for. A prime example of this approach is its Working Joe line of androids.

As of 2137 the company has fallen on hard times; its gamble on Sevastopol Station as a key part of the future of Outer Rim exploration has failed and it is withdrawing in the face of the Weyland-Yutani Corporation's terraforming efforts.

Seegson's company slogan is "Tomorrow, Together...", a slogan that is often ridiculed in graffiti through the Sevastopol Station.