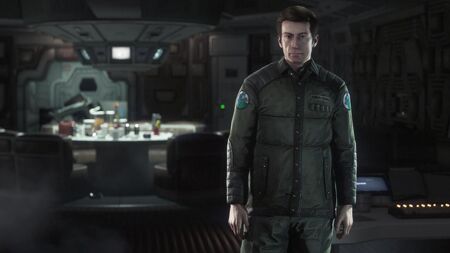 Second-tier European conglomerate synthetics and spaceflight component manufacturer. Seegson makes up for its lack of research and development with a healthy corporate espionage program, often stealing blueprints from other corporations and entities to cover their own design shortfalls.

First-tier multinational British/Japanese technology conglomerate. They own a manufacturing arm for synthetics, a spaceship programs, an artificial intelligence program, a wide range of industrial and commercial shipping systems, and several human colony programs through the Extrasolar Colonization Administration. Their size and influence is such that they are often referred to simply as "The Company," both by their employees and their competitors.

A colonization governing agency largely owned and controlled by Weyland-Yutani. Developments within this administration and its sister organization, the Interstellar Commerce Commission, led directly to the events of Alien: Isolation.

A Weyland-Yutani controlled commerce board which operates various tugs and shipping systems throughout the solar system.

Other commercial entities identified during the game are: Watatsumi Efficient Machine Solutions, Muhler & Milland, and HanTec.